The Ultimate Guide to GPU Computers 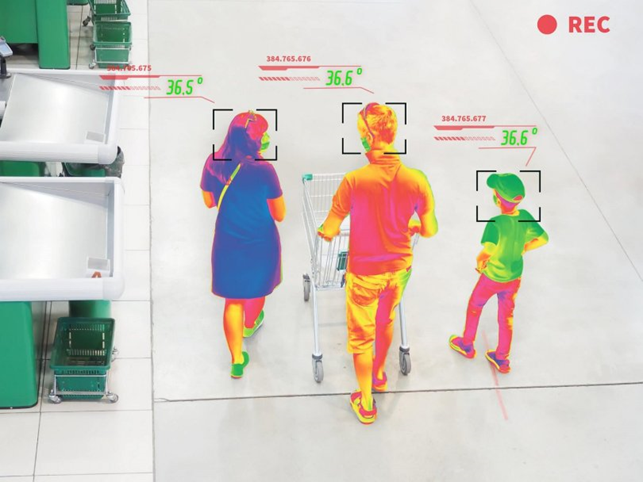 The GPU has been part of computing ever since the first pixel hit a display. Still, its role has changed dramatically from its original function to embedded GPUs, lifelike 3D gaming and now general-purpose GPU computing.

This article takes a deep dive into this critical hardware component that powers AI, computer vision, and a whole slew of futuristic computer goodness. We will attempt to sum up what the GPU is, why it’s important, how they apply to industrial computers, what it’s used for, why you might need one, and the options available when picking them. 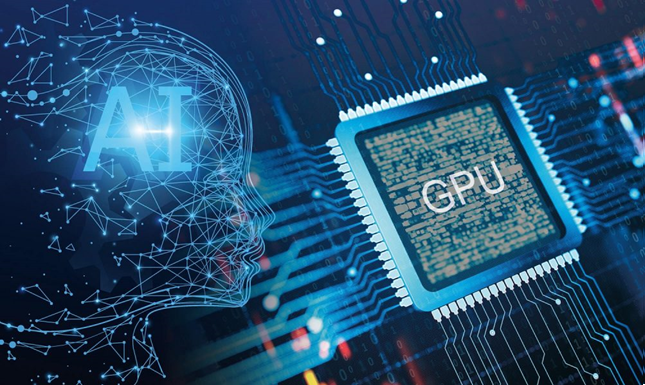 FIGURE 1. The GPU is constantly evolving, and not just for gaming or 3D graphics for product design, but it is increasingly be tasked with supporting machine learning and AI inference analysis through its parallel processing with the ability of simultaneous multiple computations.

Definition: What is a GPU?

The graphics processing unit (GPU) is the hardware component that takes instructions for visual display and puts the pixels on the screen where they are meant to go.

According to Intel, GPUs are designed for parallel processing and are, “used in a wide range of applications, including graphics and video rendering. Although they’re best known for their capabilities in gaming, GPUs are becoming more popular for use in creative production and artificial intelligence (AI).” (Source: Intel)

That last part is important because the modern general-purpose GPU is no longer limited to just displaying images on the screen. It has become the powerhouse behind the processing of complex machine inputs that are possible but just too slow for the CPU. So how did this come about?

For the sake of accuracy, all computers have a GPU if they display images on a screen. There are two main types. Basic GPUs, often integrated into modern CPUs, provide core functionality for most office or home situations. Dedicated graphics cards with powerful GPUs are what we refer to in this article.

NVIDIA coined the term GPU back in 1999, with the release of the GeForce 256, touted as “world’s first GPU.” (Source: ResponseSource) Although initially intended for graphics-intensive tasks, the general-purpose GPU has made its way into other fields. These include oil exploration, image processing, statistics, stock options pricing, linear algebra, and anything that needs massive-scale mathematical number-crunching.

Consequently, GPUs branched out from image rendering for games into multiple new areas. But after years of pushing CPUs to perform ever faster, why did the GPU come to take the spotlight?

What does the GPU do?

Unlike CPUs that perform a variety of general computer tasks like access memory and hard drives, amongst others, GPUs perform a much more limited set of functions.

Parallelism is the driving force behind these capabilities. Instead of performing complex functions sequentially on a CPU with up to 18 cores, mathematical tasks are passed off to the GPU with hundreds or even thousands of cores working at the same time.

This processing power is what AI, machine vision, and deep learning require. GPU computing can be used in graphics rendering for artists and gamers, HPC and supercomputer workstations, edge and industrial fields. (Source: NVIDIA)

The GPU’s role in visual processing

The GPU has played a vital role in creating visually stunning imaginary 3D worlds in computer games. That same core processing power now brings computers into the real world and makes them “see” in a way that allows them to make decisions on that visual input.

This ability to process the incoming visual data is the primary role of the GPU and is what sets a GPU computer apart from a regular one. Of course, any computer with a camera can do this in a limited capacity. Still, it’s the equivalent of a near-sighted driver trying to drive through the mist with fogged up windows after they forget their glasses at home. That’s pretty slow going if you want to arrive alive. The GPU provides the keen eyes and reaction time of an F1 driver on race day, taking in every input with intense detail, and acting on that input.

Acting on that input is key to making the “seeing” work well. So how does this play out for industrial applications?

What is an industrial GPU computer?

The GPU introduces extra stress to the overall system that must be tackled. GPUs produce heat that must be dealt with through specialized cooling mechanisms that go beyond just adding fans to the system. GPUs also introduce extra power drain (the reason for all that extra heat), so the power supply to the system must be able to provide the additional power for the GPU.

The GPU, whether full-size or compact, needs adequate internal space. Intended applications are often critical systems that must operate continuously, so it becomes double important that systems stay online, and in the worst case, anticipate possible breakdowns and take evasive action to avoid damage.

Some features to look for on an industrial GPU computer include:

Cable- and jumper-free by utilizing alternative or more reliable connections. Removing cables and jumpers that can shake free removes a possible source of failure that is particular to applications where the computer experiences lots of vibration and knocks.

Extruded aluminum chassis that can wick away heat from the internal parts and into the surroundings.

Vibration and shock resistance to withstand the rigors of industrial applications. A slew of factors impact this, including the mechanical structure, rubber gasket choice and design, as well as cable- and jumper-free design. A 5/50 Grms rating is a good start, but military ratings have become the go-to choice, with MIL-STD-810G providing stringent guidelines for rugged computers.

Fanless design. Typical high-performance industrial GPU computers generate a lot of heat, so fans are needed to cool the system down. New, low-power GPUs optimize performance so that a good thermal design can wick away heat without needing fans, thereby eliminating the biggest source of mechanical failure in most computer systems.

Wide operating temperature from -40℃ to 70℃. This is typically enough because even for applications in industry, the application locations are designed to maintain temperatures within this range, and often a narrower range. 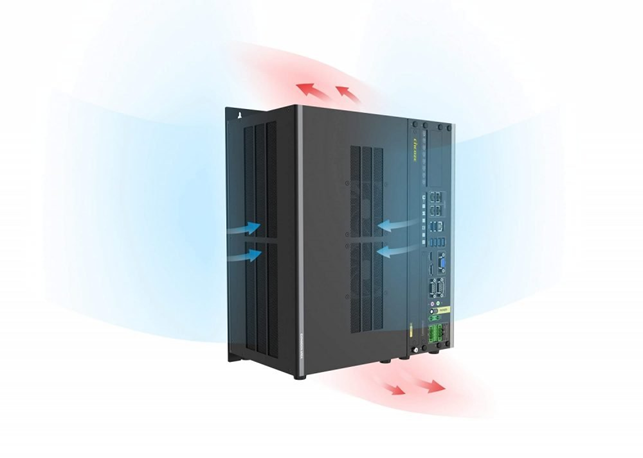 FIGURE 2. IPC-GEN8/9-GPU itself is passive cooling (fanless). To deal with the thermal challenges, the IPC-GEN8/9-GPU’s unique omnidirectional cooling design and dust-proof external smart fan kits on both sides of the chassis effectively dissipate heat under full workloads in extreme conditions.

ESD, overcurrent, and overvoltage protection provide assurance against damage to the system from errant electrical anomalies that could occur in industrial environments. In the rare situation that system shutdown does occur, a 0.2-second reboot time reduces downtime to an absolute minimum. Wide range 9-48 VDC support allows some room for voltage fluctuations.

Easy maintenance makes it possible for onsite personnel to fix any problems. Because the last thing you want is to waste time waiting for a specialized outside technician while essential machinery sits idle. A user-friendly maintenance interface includes easy access to often hidden items, like AT/ATX power setting, clear CMOS, SIM card access, and hot-swap 2.5” SATA bay. Finally, customizing the base model, by adding PoE, LAN, and other I/O or functions, is simple through modular design, like CMI modules and CFM modules, which make these add-ons as easy as plug-and-play, and allow easy expansion at any time.

Industry certification simplifies hardware choice by setting the bar. Important certifications to consider are EN 50155 for railway applications, E-mark for in-vehicle, or even MIL-STD-810G promulgated by the US Department of Defense to qualify military equipment in the pursuit of ever-higher standards. When multiple certifications are available and widely used for particular applications, then the product should ideally have these certifications.

Before diving into the specific applications of industrial GPU computers, let’s have a quick look at what options are available.

The lines between computer categories are blurring. In the consumer realm, there were once just desktop computers and laptops, one was portable, one was not. Now it’s hard to tell where one category stops and the next begins, tablets with detachable keyboards vs. notebooks that fold over to function like tablets are more similar than different.

A similar scenario plays out in the world of industrial GPU computing. Here, we’ll divide that up into three broad categories.

AI training GPU computers are installed in a server room where temperatures are kept within very tight limits for maximum performance. As these systems are designed to train the models used by the GPU computers out in the field, they are quite a different category to the two below.

Rugged industrial GPU computers are standard computer size, but with added ruggedness expected of industrial computers. They are intended for use in the field where server room conditions are not available. They remain generally large but much pared down from their server room counterparts. They’ll also support fewer GPU expansion cards due to space limitations but do offer flexible expansion, often up to two slots. An example is IPC-GEN8/9-GPU industrial GPU computer. 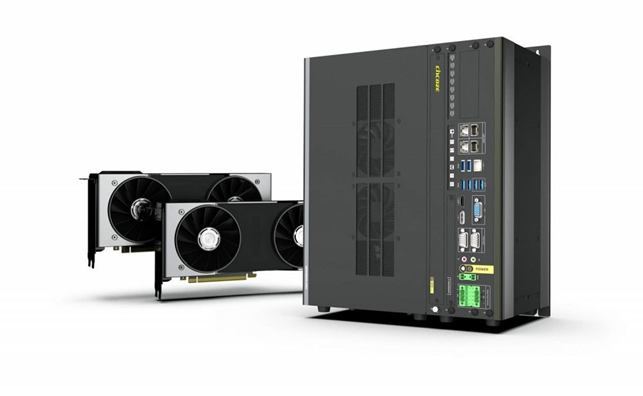 Embedded industrial GPU computers are designed for small spaces. The overall footprint is smaller, they are often fanless, and the overall processing power less than the two options above. Typically the GPU options will only include mobile options like MXM. One example of a rugged MXM system is the GM-1000 embedded GPU computer.

So the general expectations and requirements are set. Now, what are the applications for industrial GPU computers?

The broad answer is that an industrial GPU computer can perform any application that relies on human eyes and observation. However, these eyes are super-fast, super-accurate, and don’t get tired from a long day’s work. 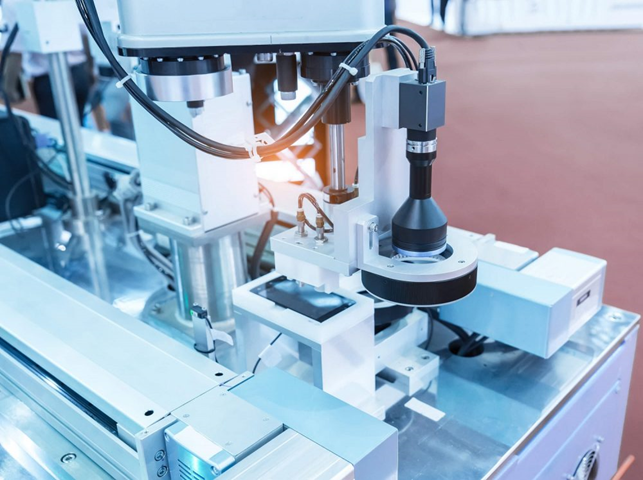 Here are some typical applications:

·         Machine vision
Machine vision gives “vision” to the machine, a camera looks at something (often production line items) and makes a determination of some sort. Applications include automated optical inspection, automatic sorting, and vision-guided robotic arms. Due to space limitations, a smaller embedded system is recommended.

·         Video Surveillance
Video surveillance processes the images from CCTV systems and analyzes them for certain traits and behaviors set by the operator. Applications include on-site monitoring, behavioral prediction, and facial recognition.

·         Transportation
Transportation applications are aimed at controlling and predicting the movement of traffic and people within the transportation system. Applications include traffic monitoring, license-plate recognition, baggage screening, and railway/road surveillance.

DANBIT  has its finger on the pulse of GPU computing technology. Our range of GPU computers offers high reliability, and application-driven designs that will make you wonder why you didn’t switch earlier. We achieve these great results through effective manufacturing, and stringent tests ensure the consistent high quality of our products.

We design all of our GPU computers with expandability and upgradability in mind. Both MXM and PCIe expansion modules allow GPU computing power tailored to the application’s needs, providing a balance of cost to performance and allowing room for future upgrades. Oh, and we’ve validated NVIDA and AMD GPUs to ensure compatibility out-the-box. 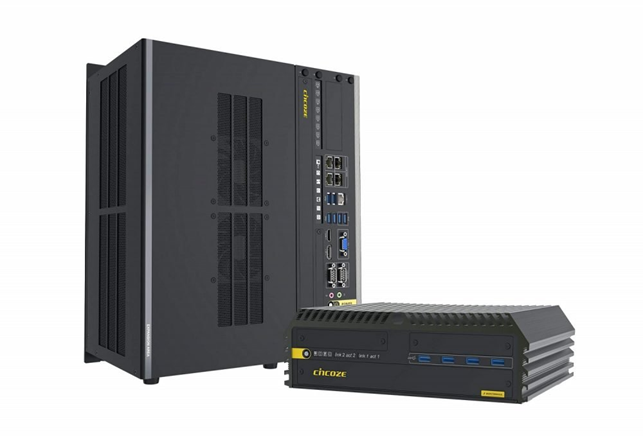 And speaking of future upgrades, they are only possible due to DANBIT ’s focus on GPU computers’ longevity with various features extending the working life as far as feasibly possible.